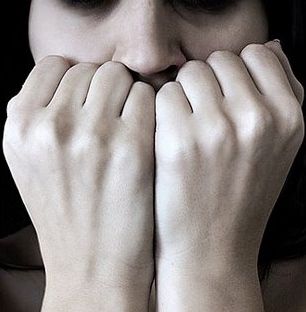 “The only thing we have to fear is fear itself.” -Franklin D. Roosevelt

I’m sorry Mr. Roosevelt, but I think your statement’s not totally true.

What about a burning house you happen to be in?
What about a bear climbing into your tent while you’re still in it?
What about someone breaking into the home where you and your children are sleeping?
What about . . . spiders? 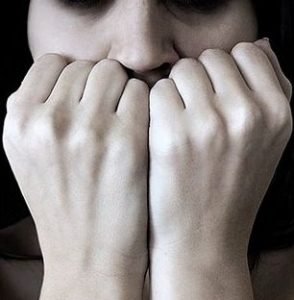 I think all of those things deserve some fear. But let’s see what President Roosevelt actually said.
Let’s get the whole sentence out there ( not the whole speech where this came from – FDR’s 1933 Inaugural Address).

“So, first of all, let me assert my firm belief that the only thing we have to fear is fear itself—nameless, unreasoning, unjustified terror which paralyzes needed efforts to convert retreat into advance. “
Franklin D. Roosevelt

When we hear the rest of the sentence, I must agree with it, as I’m sure you will too (especially if you read the rest of this article). Of course the topics we focus on at LaBCaF, LLC are not what the President was talking about. But, guess what – it’s true for us (and you ) nonetheless!

Here’s why: believe it or not, fear is a good thing. Let me say that again in all caps so you’ll realize how important it is: FEAR IS A GOOD THING!. Well, mostly it is. You see, fear is a built in system that helps us to not get dead (or injured). Now I don’t think there are many people out there who would disagree with me on this key point: being dead or injured is less fun than being happily alive and uninjured! If you DO disagree, well, that would just be . . . weird. Appropriate fear (in an actively life-threatening situation) heightens your senses and primes your body for action! 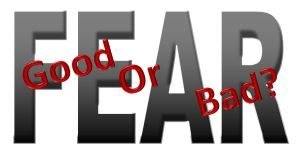 In the old days, when we could be snatched up by a saber toothed rabbitasaurus, fear reminded us to stop painting stone age graffiti on the walls and run away instead of hanging around to get eaten. Even now in our modern times, fear will remind us to stop carving mean things into our boss’ desk and run away when we hear the boss coming back from the break room. So fear was (and is) a good thing. Well, mostly it is.

As we humans have grown smarter and smarter, evolving into the psychologically and emotionally complex organisms that the cat world currently rules, we have done a weird thing with fear. We’ve started consciously applying it to things that it shouldn’t be applied to. It’s sort of like taking that great smelling deodorant you use and rubbing some on behind each ear for the romantic attraction you’re certain it will create. Well, you’re wrong in both of those situations. Rubbing deodorant on like it’s a cologne stick is just kind of goofy. But so is applying fear to things that “could possibly somehow, in some way that is not pleasant,” hurt us. It can make you “in-fear-ior,” meaning you are actually LESS capable of responding in a way that can help you out of the situation you are applying fear to.

As wrong, goofy, and inappropriate as that is, leave it to wonderfully greedy companies to actually pounce on that as a way to make a buck. Its called “fear based marketing,” and it really makes me mad. It promotes the kinds of fear that President Roosevelt was talking about – “ nameless, unreasoning, unjustified terror.” It’s the kind of fear that says things like:

You’ll never find true love if:
-you don’t wax your “down belows”
-you have a pimple
-your heels and elbows aren’t baby smooth
-you love pizza and chips more than hummus broth and steamed celery
OR

You’ll never be happy if:
-you’re not shaped exactly like the computer enhanced models in glamor mags
-you don’t drive a car that cost as much as your house
-you’re not married by age whatever
-you don’t get a 4 year degree (and a 90 year loan to pay for it)
OR

You are in danger if you:
-go outside
-see a man
-don’t have a black belt in hopkwandoh
-wear clothes you think are cute or sexy (oh my goodness!)

Yep, that’s just a bunch of poopiness! Attaching “fear” to all those non-life threatening situations is the problem. Companies encouraging that mentality in order to create a society that over worries and then over spends on things that aren’t even necessary is repulsive.

But even for the things that COULD BE a threat to our safety, health, and life (like driving a car, approaching a stranger, hiking in the wilderness, a dangerous storm), “fear” is not the right focus.

How WE (and you) think about fear is REALLY important in OUR chosen profession – teaching people to protect themselves from criminals and danger. For many companies (not “all”), fear-based marketing is kind of the “go to” type of marketing for self-defense and home safety programs. But we’re determined to NOT do that. 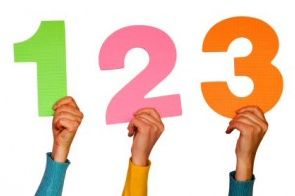 So don’t be afraid of the fear that shows up in a “REAL” dangerous situation. Use what it does for you (heightened senses and extra energy) to escape and survive whatever terrible thing is physically happening.

The “fear” you should avoid, is the stuff that connects to “maybe’s” and “what-if’s” and media hype about your looks, your shape, your clothes, your complexion, or your (insert anything you’ve ever seen advertised here). That is the same “fear” that connects to all the terrible criminal things that COULD happen to you, that MIGHT happen to you; the awful stuff that some companies want you to focus on so they can get you to sign their contract, buy their products, and so on. But if you’re thinking about that stuff all the time, how can you ever enjoy life?

We want to educate you, empower you, and encourage you so you can get out there, dance, see movies, meet new people, try new foods, and more.
To do all that without being scared, just be prepared, be aware, and be proactive in your safety.
THAT is how you avoid living an in-fear-ior life!